Generic Cialis, known as tadalafil, is now available at American Integrative Pharmacy. This is the latest erectile dysfunction drug to go generic in recent times. 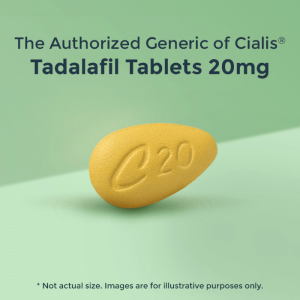 Just some time ago, Viagra (sildenafil) went generic, and prices for sildenafil have been dropping ever since. Chances are that the same will happen with tadalafil.

Tadalafil has come off patent, and at American Integrative Pharmacy (AIP), we are able to compound sublingual troches which are faster acting than its counterpart and much less expensive.

Cialis, which normally wasn’t covered by insurance, and could cost previously upwards of $800 for a 30-day supply is now much more affordable at AIP compounding pharmacy. For the treatment of Erectile Dysfunction, Cialis is the most popular medication.

What will Generic Cialis Cost?

In general, generic medications initially appear on the market at a significantly reduced price in comparison to the brand. Unlike the brand, generic medication prices usually decrease rapidly. Many generic versions of prescriptions can become quite affordable within a year of release, especially if multiple manufacturers are producing the generic.

The most common prescription for Cialis, which is thirty tablets, is presently around $800. According to latest estimates, the same quantity of tadalafil will now cost much lesser in its compounded version from American Integrative Pharmacy.

Two points to remember are as follows: Generic drugs are more likely to be covered by insurance, which means that patients may have a much lesser out-of-pocket cost if they are insured.

Generic prices tend to reduce rapidly. Many generic drugs drop by around 50 percent of the brand price after more than one manufacturer enters the market increasing competition.

Tadalafil is a reversible phosphodiesterase Type 5 (PDE5) inhibitor. This medication has been approved for the treatment of erectile dysfunction (ED).

The PDE5 inhibitors (including sildenafil [Viagra] and vardenafil [Levitra]) are a class of drugs that enhance erectile response to sexual stimulation by increasing blood supply to the penis. Tadalafil has a longer duration of action compared to sildenafil or vardenafil.

Tadalafil generally has few side effects unless it is taken along with other medications. Due to tadalafil’s long duration of action, patients experience its effects for a longer period than with sildenafil or vardenafil.

Headache (11 to 15 percent) and dyspepsia (8 to 10 percent) are the most common dose-related side effects of tadalafil. Around 5 to 6 percent of men reported back pain, initiating 12 to 24 hours after the dose and lasting for up to 48 hours.

The primary outcomes of the treatment of erectile dysfunction with tadalafil are attaining an erection, successful intercourse, and overall satisfaction with sexual function.

Tadalafil dose is usually 10 mg, which is to be taken no more than once daily by mouth, at least 30 to 60 minutes prior to sexual activity. The effects of the medication may last for up to 36 hours, and the dose can be increased to 20 mg if required.

Tadalafil effectively enhances the ability of males with ED to attain an erection and successfully complete intercourse, similar to other PDE5 inhibitors. In some men with ED due to diabetes, tadalafil is less effective but still useful. Its longer duration of action may require less frequent dosing, and the user may be able to take it earlier in the day of planned sexual activity.