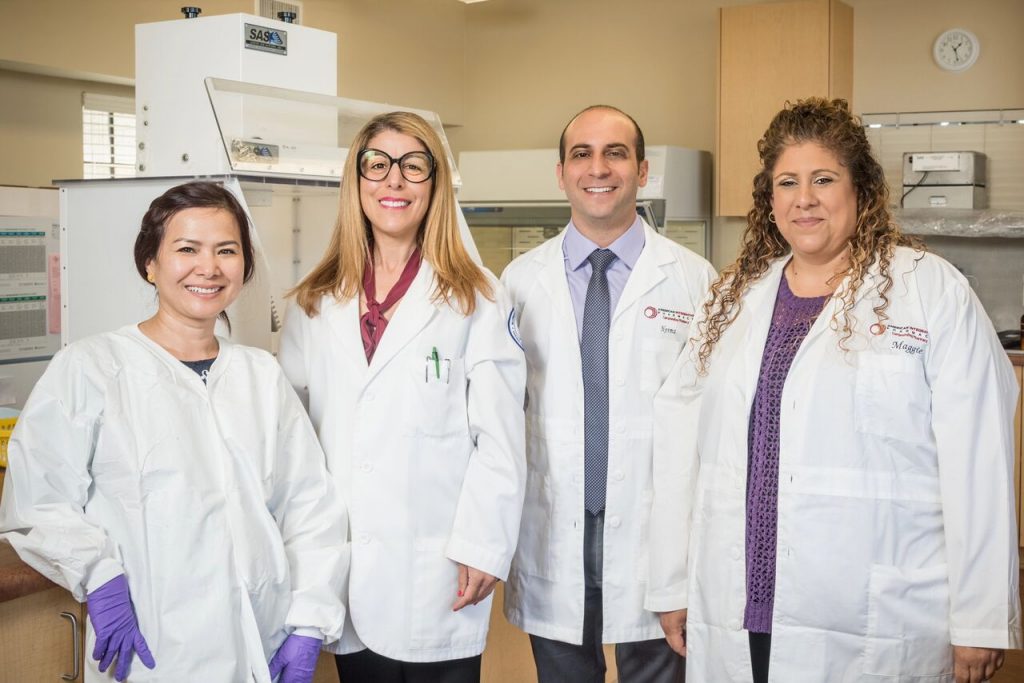 As a professional compounding pharmacy, we can provide medicines tailored to the patient’s specific needs and prepared to the doctors exact specifications. It has been our goal to be on the forefront of the compounding industry. We are proud to introduce our superior formulations of T4/T3 combinations and highly assimilable time-released T3. In the past, typical preparations of time-released T3 have not assimilated properly, causing the patient to continue to experience symptoms. Our unique T3 compound has exceptional absorption leading to greater efficacy. We are dedicated to continuing our research to improve your health and quality of life!

Produced by the thyroid gland this metabolic hormone regulates temperature, metabolism and cerebral function. It contributes to energy levels and the body’s ability to maintain a constant temperature. It increases fat breakdown, improves head hair growth, reduces cholesterol levels and bodyweight. Thyroid hormone is probably the safest and most beneficial cholesterol reducing agent, yet it is infrequently used for this purpose. It is also vital in the prevention of cognitive impairment and the treatment of conditions such as diabetes, depression, chronic fatigue syndrome and fibromyalgia. Studies show that the commonly used thyroid tests may be missing the majority of low thyroid patients and that standard therapies for hypothyroidism with T4 only preparations such as Synthroid and Levoxyl are leaving a large percentage of patients with continuing symptoms of low thyroid, including fatigue, inability to lose weight and depression.

We specialize in customized T4/T3 combinations and highly assimilable straight time-released T3 for treatment of hypothyroidism to ensure balance and the end of thyroid deficiency symptoms.

Cortisol is a hormone in the body that is secreted by the adrenal gland and controls some of the following functions:

Low adrenal function (adrenal fatigue) can be due to chronic stress and many other chronic illnesses including fibromyalgia and chronic fatigue syndrome. Custom compounded doses of cortisol can be used to treat this condition.

Produced by the adrenal glands, testes and ovaries, it is a hormone vital to both sexes. It contributes to muscle mass, strength, endurance, decreased fat, increased exercise tolerance, enhancement of well being, and sex drive. In males, testosterone protects against cardiovascular disease, hypertension and arthritis. It leads to improved lean muscle mass, increased bone density, decreases in cholesterol, improved skin tone, improved healing capacity, and increased libido and sexual performance. It prolongs the quality of life by decreasing age-related diseases—as does estrogen in females. Testosterone is also extremely important in females for body fat reduction, sense of well-being, libido, endurance and energy, making supplementation an ideal option for both men and women.

As one ages levels of testosterone dramatically decline and the effects of having them restored to more optimal levels using bioidentical testosterone can be life changing.

This is considered a female hormone, but is present in both men and women. The root components of the word (“pro” means “for” and “gesterone” means “gestation”) clearly point out the importance of this hormone for fetal development. It is produced in four areas of the body; the ovaries, the corpus luteum (the ruptured follicle), the adrenal glands and in pregnant women, the placenta. Progesterone is often used to treat PMS. It protects against uterine and breast cancer, osteoporosis, fibrocystic disease and ovarian cysts. Often synthetic progestin is used to replace natural progesterone and is accompanied by significant side effects and increased risk of breast cancer and heart disease, while bioidentical progesterone is shown to prevent breast cancer and heart disease.

Providing bioidentical progesterone to those with deficiencies significantly reduces symptoms without the unwanted side-effects of its synthetic counter part.

Primarily a female hormone, it is secreted by the ovaries, but is also present in men. In women, estrogen protects against heart disease, osteoporosis, Alzheimer’s disease, memory disorders, vaginal atrophy and urinary incontinence. It also prevents symptoms of menopause, including hot flashes, irritability, mood swings and temperature deregulation. It improves balance by improving the visual somatosensory system within the central nervous system. Estrogen deficiency also results in sagging breast tissue and skin, increased facial wrinkles, fatigue, depression, mood swings and decreased libido. Estrogen is instrumental in orchestrating the menstrual cycle and works in harmony with progesterone, both of which are essential to normal, healthy female function. Often equine (horse) based “estrogen” taken from a pregnant mare’s urine is used to replace human estrogen. These equine-based products actually contain equilins and estrones, not human estradiols or estriols, and these equine products have been linked to an increased incidence of cancer and heart disease.

Providing bioidentical estrogen to those with deficiencies significantly reduces risk associated with its synthetic counter part.

Serotonin is a chemical found in the human body, which is mainly present in the brain, bowels, and blood platelets. It is a neurotransmitter, which means it carries signals along and between the nerves. In the brain, serotonin helps regulate sleep, body temperature, mood, learning, memory formation, appetite, sexual desire, as well as balancing obsessive compulsive disorder (OCD.)

Some symptoms of serotonin deficiency include low stress tolerance, depression, irritability, poor concentration, sleep problems, anxiety, binge eating, PMS, and fibromyalgia. Exercise, light therapy, stress management, and a change in diet can increase serotonin production in the body, however, for certain patients these methods take too long to produce results and that’s when serotonin supplementation comes in. Supplementation with serotonin in deficient patients will bathe the neurons in the brain with chemicals that help promote feelings of comfort, contentment, and well-being. That’s why it’s called the “happy” neurotransmitter. A physician normally starts with a smaller dose of serotonin and works the patient up to the desired dose. Oral serotonin is taken once every 24 hours.