Using Dapsone in the Treatment of Chronic Lyme Disease 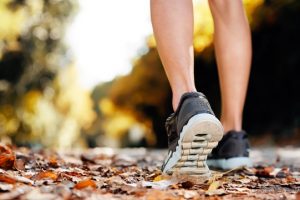 Treatment for chronic Lyme disease through antibiotics has been a subject of serious debate in the medical community over the last three decades. Patients with chronic Lyme disease, which is clinically known as Post Treatment Lyme Disease Syndrome (PTLDS) have been shown in NIH double blind studies as sick patients. Many of them were found with chronic congestive heart failure or disabled, if not treated early on in the course of this illness.

The CDC has reported a considerable increase in the number of Lyme disease cases in the US between 2005 and 2010. Annually, more than 329,000 cases were reported during this period. In 2015, CDC against revised its estimates upwards, showing a jump of 320 percent in Lyme cases over the last two decades.

Dapsone or diaminodiphenyl sulfone (DDS) is a commonly used drug to treat skin conditions such as dermatitis herpetiformis, leprosy and acne. A know persister bacteria called mycobacterium leprae requires long-term treatment with intra cellular drugs, which include Dapsone. Other persister bacteria that have been identified in recent years include Borrelia burgdorferi, which is considered to be an agent of Lyme disease.

Efficacy of Dapsone to Treat PTLDS

A scientific study was conducted to test the efficacy of Dapsone in patients with PTLDS or chronic Lyme disease with tick borne co-infections including Babesiosis, who did not respond to commonly used anti-malarial and antibiotic protocols.

One hundred patients with Lyme disease, out of which 56 had tested positive for Babesia, were placed on a combination of Dapsone and folic acid along with either one or two other intra cellular medications, such as tetracyclines, rifampin, and macrolide antibiotics. A number of patients also took cephalosporins. All patients were on protocols to treat cystic forms of biofilms and Borrelia.

Prior to the start of treatment with Dapsone, the patients completed a symptom severity survey. The survey was later repeated at least one month after the treatment. The patients’ complaints were scored from 0 indicating “none” to 4 indicating “severe” for symptoms such as joint and/or muscle pain, fatigue, cognitive problems, and disturbed sleep.

Results showed that Dapsone significantly improved the clinical symptoms in all the patients – except the symptom of headache. Furthermore, Dapsone’s anti-malarial effects helped resistant Babesia symptoms such as flushing, sweats and chills. Lyme positive patients also showed significant improvements in pain, cognitive problems, and disturbed sleep. Side effects were resolved by either reducing the Dapsone dosage or increasing folic acid.

Dapsone is a new and effective “persister” drug for those with PTLDS and associated tick-borne co-infections who have failed classical antibiotic protocols. Further trials to determine dosage, length of treatment, and best combination antibiotic therapy must be conducted.