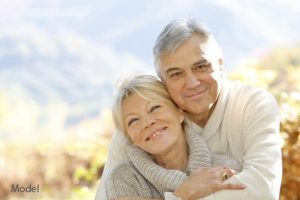 Patients suffering from neuro-degenerative or neuro-behavioral diseases often have chronic, neuropathic infections that may have contributed to the inception of disease, its progression, or increased the types or severities of its symptoms.

A large number of patients with diseases such as ALS, MS, Parkinson’s disease, Alzheimer’s disease, and autistic spectrum disorders reveal evidence of bacterial and viral infections, which may be system or related to the central nervous system.

While some scientific studies have not found chronic infections and their role in neurological disease pathogenesis remains inconclusive, the available data indicate that viral or bacterial infections could be common characteristics of progressive neurodegenerative and neurobehavioral diseases.

Multiple sclerosis (MS) is the most common demyelinating disease of the central nervous system (CNS). In this disease, the presence of autoimmune antibodies and inflammation against myelin and other nerve cell antigens may lead to the breaking down of the myelin sheath. This can result in reduction or loss of electrical impulses along the nerves. Apart from the blood-brain barrier breakdown, MS is also associated with local inflammation caused by glial cells.

Amyotrophic lateral sclerosis (ALS) is an idopathic, progressive neurodegenerative disease that affects the motor neurons. Patients show progressive weakness and paralysis of muscles because the upper and lower motor neurons are destroyed. The role of chronic infections in ALS has gained attention with the finding of enterovirus sequences in many spinal cord samples by polymerase chain reaction (PCR). Infectious agents penetrating the central nervous system may have a role in the etiology of ALS.

Parkinson’s disease (PD) is marked by muscular rigidity, akinesia, and resting tremor. The disease pathology of PD suggests a progressive loss of the dopamine neurons of the substantia nigra along with the presence of Lewy bodies and alpha-synuclein. Deeper degeneration of the brain also occurs also takes place from the medulla oblongata to the cerebral cortex.

Lyme disease (LD) is a tick-borne disease prevalent across North America. With the tick bite, the Borrelia spirochete and other co-infections enter the body and gradually migrate through the subcutaneous tissues into the blood and lymph where they can travel to different host sites. Co-infections related to tick-borne LD can and often do appear clinically at the same time.
American Integrative Pharmacy offers comprehensive services, including online prescription refills, to patients in Long Beach, Torrance, Los Angeles, South Bay Orange County, Southern California areas, and nationwide.