Acetyl Dipeptide is a peptide that occurs naturally in the body. The peptide has benefits related to anti-aging. It facilitates the release of targeted agents, which help in stimulating feelings of calm and well-being, which subsequently lower facial tension that escalates the appearance of wrinkles and fine line. 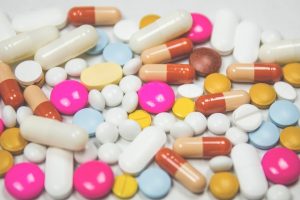 Compound medications can help in boosting elasticity, making the skin stronger, help in the reduction of puffiness, and relieve muscle contractions. All of these conditions have an adverse effect on the skin and makes the face or neck sag as well as lead to the formation of wrinkles and deep facial lines

Nowadays, peptides have become a byword as an ingredient for anti-aging products, just like antioxidants. Numerous peptides are being discovered or created in laboratories every year.

How do Peptides work?

Peptides have a chemical structure which is similar to proteins, but their length is shorter. They are formed by amino acids. Dipeptide and tripeptides are two of the common types that are increasingly being seen in the list of cosmetic ingredients. These names refer to the number of amino acids present in the peptide. For instance, a dipeptide is made up of two amino acids, and a tripeptide is made up of three, while a tetrapeptide has four, and so on.

Peptides are essentially mini-proteins that are active molecules that relay signals at the cellular level. The breaking down of collagen fibers creates specific peptides that send a signal to the skin, relaying information about skin damage and signaling that there is a need to create new collagen.

When someone applies peptides topically, the skin is tricked into thinking that it has recently lost collagen and there is a requirement to generate more of it.

It is a relatively new peptide, which includes protein-sugar that are involved with collagen fibers. The acetyl tetrapeptide-9 targets one specifically, which is the lumican. It is involved in both the organization of collagen fibrils into functional fibers as well as their synthesis. It ensures the extracellular matrix’s integrity.

Also known as acetyl hexapeptide 3, it is the most famous of the neuropeptides. It limits the neurotransmitters that signal the muscles in the face to move. Incidentally, the process is called exocytosis.

Commonly known as ChroNOline, it is a tetrapeptide that is formed by four amino acids. Like other peptides, chroNOline sends a signal to the body to execute certain functions such as to get working and generate more collagen. However, unlike a majority of the peptides, chroNOline  is obtained from a growth factor. The caprooyl part is a lipid, which helps in increasing stability and penetration into the skin.

They are generated by sticking copper to a GHK peptide. Copper peptides help in healing wounds and stimulating the follicles of hair. Acetyle Dipeptide is now recommended by medical and aesthetic experts for various treatments.