What can Serotonin Supplements help you with? 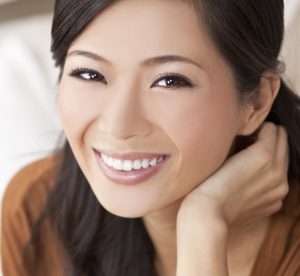 Serotonin deficiency can be the cause behind an individual’s consistently sad, pessimistic or moody demeanor. Compounding pharmacy can offer supplements that can treat the common symptoms of serotonin deficiency, such as depression, aggression, food craving, panic, obsessiveness, and insomnia.

Several serotonin supplements have been proven to increase the levels of serotonin and successfully address symptoms of serotonin deficiency. Supplements such as SAM-e, 5-HTP, and L-tryptophan St. John’s Wort have been show to have effective results in various human studies.

Human body produces 5-HTP from tryptophan, and then it is converted into serotonin. When 5-HTP is used as a supplement, it gets sufficiently absorbed and cross the blood-brain barrier for the conversion to serotonin.

This supplement is known to offer more robust serotonin support than several other alternatives. Clinical trials have shown the efficacy of this supplement to treat sleep disorders, depression, panic disorders, and binge eating.

L-Tryptophan is an essential amino acid that the body needs to synthesize serotonin. When this supplement is taken, it improves the serotonin synthesis and raises the levels of serotonin in the body. Integrative pharmacy experts have reported success with the use of L-Tryptophan for mild depression and insomnia.

Due to its milder nature, it is also helpful for people who do not tolerate 5-HTP. Even healthy, non-depressed people have been found to benefit from this supplement because they can process emotions in a positive way.

SAM-e is created from the amino acid methionine, which is present in all the body’s cells and is needed for a wide range of reactions, including serotonin synthesis. SAM-e has been commonly used as a supplement in Europe for several decades for treating depression.

Studies published in the American Journal of Clinical Nutrition concluded that supplementation of SAM-e was a safe and effective treatment for depression. Some of the leading researchers at Harvard Medical School and Columbia University advocate the use of SAM-e for clinical depression.

St. John’s wort is a flowering plant, whose extracts are used as a supplement to trigger anti-depressant action. The supplement inhibits the reuptake of serotonin as well as dopamine and norepinephrine, making more of these neurotransmitters available to the brain.

Studies have shown that St. John’s wort extracts have been considerably more effective than placebo for patients of mild to moderate depression. This supplement works as good as any standard anti-depressant drug, but is usually found to have better tolerance.

Patients should take serotonin supplements only as instructed by the prescribing physician. Having too little or too much of serotonin can do more harm than good for a patient. AIP offers both traditional and modern compounding pharmacy solutions, including online prescription refills to patients in Long Beach, Torrance, Los Angeles, South Bay, Orange County, Southern California areas, as well as all over the country.