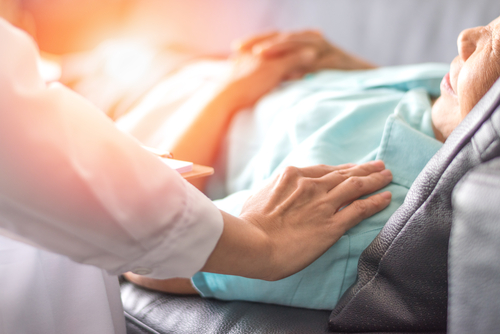 Medication is an integral component of the hospice process. Anyone under hospice care should be explained and informed about the various types of medications used.

National Institutes of Health (NIH) recently published a study claiming acetaminophen to be one of the most commonly prescribed medication in hospice setting. It also goes by the name of Tylenol and is useful for reducing pain and fever. It works towards temporarily relieving backache, headache, common cold, toothache, and pain.

Anxiolytics are used for treating anxiety, itching, nausea, panic disorder, seizures, alcohol withdrawal symptoms, depression, insomnia, and vomiting. The medication has been listed as one of the most essential medications used in palliative care by the International Association of Hospice and Palliative Care (IAHPC).

Haldol is a popular antipsychotic drug used for treating delirium and terminal agitation. Haldol injections are not yet approved for treating dementia-related psychosis. You should also note that Haldol in some states is viewed as a chemical restraint drug. There are strict restrictions placed on it, especially when used at long-term care facilities.

Morphine or Roxanol is an opioid drug. It is a narcotic analgesic which is used for controlling severe chronic or acute pain. Morphine is a common hospice medication used for treating pain. It is also the preferred drug for pain related to cancer. Another common use for morphine is treating shortness of breath.