What is Ketamine Nasal Spray prescriptions used for? 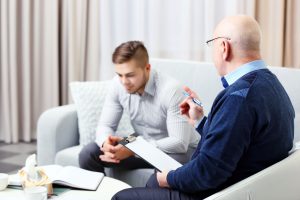 The American Foundation for Suicide Prevention reports that suicide is the tenth leading cause of death in the US. A dismaying 44,965 individuals die as a consequence of suicide annually in the country. The Foundation also states that on average 123 suicides take place daily.

Prescription ketamine nasal spray is emerging as one of the promising compounding pharmacy treatments for depression and anxiety.

According to a study published last year, there is a rise in recorded cases of depression in the US. These statistics call for more robust prevention strategies and more effective treatments for major depression.

Researchers from Janssen Research & Development and Janssen Scientific Affairs (based in Titusville, NJ, and San Diego, CA) have collaborated with colleagues from the Yale School of Medicine (based in New Haven, CT) have been studying a faster-action medication for individuals who are at imminent risk for suicide.

Recently, first author Dr. Carla Canuso and colleagues undertook a proof-of-concept, phase II, double-blind study to test the efficacy of an esketamine nasal spray for people in need of fast relief from the symptoms of severe depression and suicidal ideation.

Esketamine refers to a type of ketamine molecule that contains anesthetic and anti-depressive qualities. However, unlike ketamine, it appears to cause fewer side-effects, such as hallucinations, making it a possible solution for the treatment of major depression.

The results of the new study have been published in The American Journal of Psychiatry, and they indicate that this innovative nasal spray offers effective short-term results for people who are at high risk for suicide.

A Fast and Effective Newcomer?

The researchers worked with 68 participants with severe depression symptoms in their phase II trial. These participants were divided randomly into two grows. The first group was assigned esketamine spray treatment while the second one was given a placebo.

The participants received their assigned treatment twice weekly for four weeks. All volunteers also followed their routine depression therapy for the duration of the study.

Dr. Canuso and colleagues monitored the impact of the assigned treatment in three stages:

The people who had been assigned the esketamine nasal spray saw a significant improvement in the symptoms of depression at 4 and 24 hours following treatment in comparison to volunteers in the placebo group.

In a similar manner, there was a significant improvement in suicidal ideation in participants in the esketamine spray group after four hours.

When analyzing the potential side-effects, Dr. Canuso and team observed that the most common side-effects for people who took esketamine included dizziness, disassociation, nausea, and headaches.

Further to these outcomes, the researchers conclude that intranasal esketamine could be a useful, viable treatment for people at high risk of suicide as traditional antidepressants may take between four to six weeks to start working.

Dr. Canuso and colleagues acknowledge the need for more research as there is a potential risk that this intranasal spray may lead to ketamine overuse.

The researchers aim to make this drug available in the market eventually. Before that, however, the spray must undergo a phase III trial prior to requesting FDA-approval.