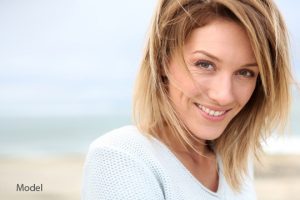 Existing studies showing the benefits of testosterone on sexual function are limited to postmenopausal women, but no data is available with regard to its benefits in premenopausal women.

The North American Menopause Society undertook a study to investigate the safety and efficacy of a physiological dose of testosterone, administered as a transdermal cream, on the overall well-being, sexual function, and mood in otherwise healthy premenopausal women who considered themselves to have low libido.

Women in the age group of 30 to 45, having a body mass index between 18 and 35 kg/m2, expressing diminished sexuality, and total testosterone of less than 2.2 nmol/L were chosen for the study. The protocol was a placebo controlled, crossover design with two double-blind, 12-week treatment periods separated by a single-blind, 4-week washout period. The participants were randomly assigned to the order in which they received testosterone or placebo treatment.

Throughout the study, acne, voice changes, hirsutism, and any adverse events or changes in medication were recorded.

Substantial and clinically meaningful improvements in psychological and sexual well-being were demonstrated in this study with transdermal testosterone therapy in healthy premenopausal women who had a primary complaint of low libido.

The improvement in the composite score of the Sabbatsberg Sexual Self-Rating Scale was large and persisted even after four weeks of treatment washout. Nearly half of the women had a 50 percent improvement in their individual sexual function score. In summary, the study demonstrated significant efficacy of transdermal testosterone therapy in women in their mid to late reproductive years on well-being and sexual function.