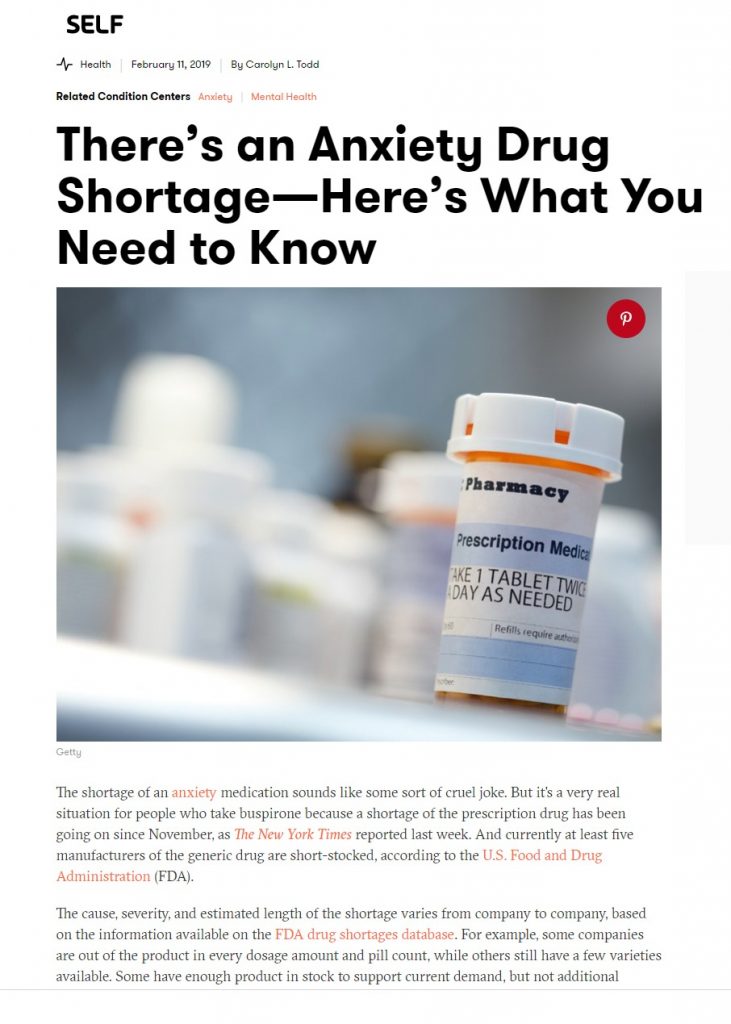 Recently, in the U.S., there has been a shortage of an anti-anxiety drug, buspirone. The American Society of Health-System Pharmacists (ASHP) lists shortages, and as of Jan. 31, 2019, noted shortages of buspirone tablets manufactured by Accord Healthcare, Mylan and Teva Pharmaceutical, and that the companies did not provide a reason for the shortage.

Buspirone is the only anti-anxiety medication of its kind.

Although buspirone is not a commonly used drug, “It occupies a special place in psychopharmacology because of its unique nature,” James W. Murrough, M.D., Ph.D., director of the Mood and Anxiety Disorders Program and associate professor of psychiatry and neuroscience at the Icahn School of Medicine at Mount Sinai, tells SELF. “It’s a very important piece of what we can offer patients who have anxiety.”

Buspirone [BuSpar] is an anti-anxiety medication unrelated to most typical “sedatives”, such as Valium, Xanax, etc. Buspirone is effective for so-called generalized or “free-floating” anxiety, but not for panic attacks. Buspirone works via the brain chemical (neurotransmitter) serotonin. While we don’t know exactly what causes anxiety on a chemical level, there is evidence that either too much or too little serotonin is involved–the brain preferring a serotonin level that is just right. 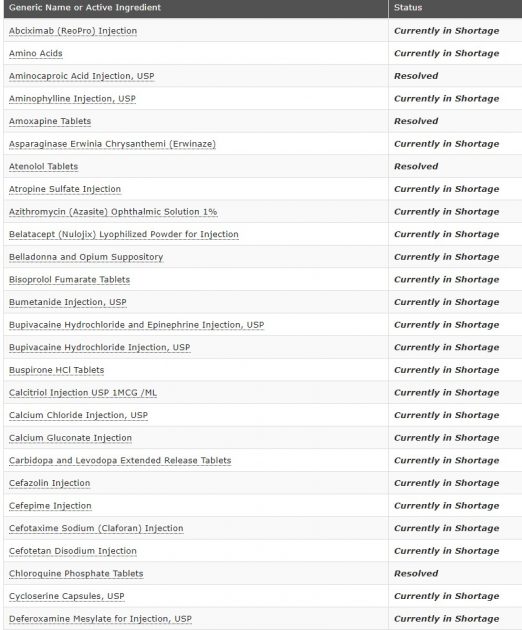