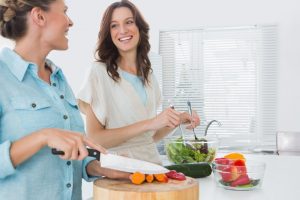 The FDA has ordered pharmacies to stop offering compounding pharmacy medications containing estriol, with the reasoning that it is a new drug with unknown results. However, estriol has been used for decades and is a component of medications approved for use globally. There have been no reported safety concerns. The FDA acknowledges that it is unaware of any adverse events associated with the use of compounded estriol-based drugs.

The claims of the FDA and the Endocrine Society are in direct contrast to those who advocate the use of bioidentical hormones, arguing that these hormones are safer than comparable synthetic versions of HRT. American Integrative Pharmacy provides safe and proven compounding treatments for a variety of ailments to patients in Long Beach, Torrance, Los Angeles, South Bay Orange County, Southern California areas and nationwide.

Human clinical studies and animal studies have been conducted to compare bioidentical and non-bioidentical hormones, as well as in vitro experimental work focusing on various aspects of hormones has been performed.

The Women’s Health Initiative (WHI), a large randomized clinical trial, showed that a synthetic progestin, MPA, as a part of HRT, significantly increase the risk of breast cancer. In contrasts, studies have consistently shown a lowered risk of breast cancer with progesterone.