4-Aminopyridine (4-AP) is a potassium channel blocker. It is mostly used to seek relief from symptoms related to multiple sclerosis, spinal cord injuries, or for improving poor muscle coordination or motor skills like walking or eating.

4-Aminopyridine is prescribed clinically in cases of multiple sclerosis and Lambert-Eaton myasthenic syndrome. The drug increases neurotransmitter release at the neuromuscular junction by blocking potassium channels and thereby prolongs action potentials. It is also known to reverse tetrodotoxin and saxitoxin toxicity in experiments involving tissues and animals.

The drug has been observed to improve motor skills and visual functions, subsequently relieving fatigue in patients afflicted with multiple sclerosis.

The common side effects of the drug include nausea, nervousness, and dizziness. However, the incidents concerning adverse effects have been seen in only less than 5 percent as per research.

The electrophysiological research of demyelinated axons indicates that augmented potassium currents increase the concentration of extracellular potassium ion, which in turn lowers the action potential duration and amplitude that could result in conduction failure.

A detailed study has found that the drug is a strong calcium channel activator. It can benefit neuromuscular and synaptic function by directly working on the calcium channel beta subunit.

Researchers have observed that multiple sclerosis patients treated with the drug displayed a response rate of 29.5 to 80 percent. A long study, which spanned 32 months, showed that 80 to 90 percent of the people who initially responded to the drug went on to have long-term benefits. 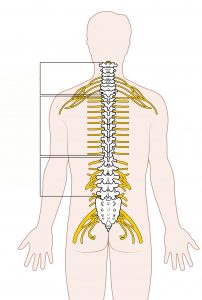 However, though 4-AP improves the symptoms of multiple sclerosis, it does not inhibit the progression of the condition. Another research, conducted by a team from Brazil, has shown that fampridine based treatments were impactful for 70 percent of the people.

Therapy using the 4-AP drug has also found to be beneficial for spinal cord injury patients. They have shown improvement in pulmonary, motor, and sensory function as well as exhibited a decrease in pain and spasticity.

The drug also has the ability to reverse the impact of tetrodotoxin poisoning in animals, as per clinical studies. However, its impact as an antidote in humans is still not clear.

The drug should be taken exactly as prescribed by the medical practitioner or healthcare provider. Patients must adhere to all the directions mentioned on the prescription label. No one should take more or less than the recommended dosage. High doses of this medication can make a patient more prone to seizure risk.

The fantastic and amazing American Integrative Pharmacy receives patients from Long Beach, Torrance, Los Angeles, South Bay Orange County, Southern California areas, and from one side of the country to the other for compounding pharmacy treatments.