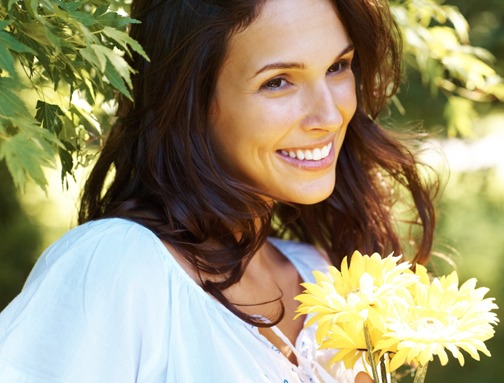 Oxytocin, popularly known as the “love hormone”, is now increasingly accepted among researchers as the trigger behind a range of physical and emotional effects in women. The influence of the hormone begins in brain, where it is produced by the hypothalamus, and then gets transferred to the pituitary gland. This gland finally releases the hormone into a woman’s bloodstream.

Oxytocin receptors are present throughout the body’s cellular network. The hormone levels become higher during social bonding as well as stressful experiences, as per the American Psychological Association. Some experts describe it as the “hormone of attachment,” which creates feelings of closeness and a sense of calm in women.

Although researchers have already known about the role of oxytocin in childbirth and breastfeeding, new studies over the last decade have revealed additional facts about the effects of this hormone on a woman’s body and mind.

A research study published in the Psychological Science journal in 2007 showed that pregnant women who had high levels of oxytocin during their first trimester were able to bond more deeply with their babies following childbirth. In comparison to other women, the women who had higher oxytocin levels throughout their pregnancy as well as in the first month after childbirth reported more intimate involvement with the baby.

These new moms performed behaviors such as feeding, bathing and singing for their infant in unique ways that promoted the special relationship between the two. According to behavioral neuroscientists, oxytocin hormone also plays a vital role in causing uterine contractions during labor as well as helps shrink the uterus muscles post-delivery.

It also facilitates the delivery of milk from the mother’s breast to enable the suckling infant’s feed.

Mother and child bonding over the long term is also promoted by oxytocin hormone. Studies conducted on animals showed that female rats are averse towards pups when they (the females) are virgins. However, once these same female rats have given birth, their brain in changed positively in favor of the pups. Researchers believe that similar findings are also noticed in humans.

However, a mother and child’s bonding may not always be hardwired. A unique situation occurs when human females adopt babies instead of giving biological birth. These moms are also able to bond equally well with the child and take care of him or her in every way.

But the existence of these exceptional human behaviors does not dilute the fact that oxytocin hormone released during pregnancy will have role to play in boosting the mom’s feelings of connectedness and her motivation towards her baby. Researchers have also noted how interacting with the infant causes the baby’s own oxytocin levels to go up, which further supports the child-mother bonding.