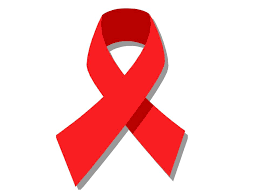 AIDS is among the most confusing diseases confronting modern medicine. It ranks right behind cancer, heart disease, and accidents as a major cause of fatalities in the USA. There have been huge advancements made in the treatment and understanding of alternative or opportunistic infections that form part of AIDS.

Planning on this research dates back to 2003 in University Hospital in Bamako, Mali in Africa. Presently, there are two separate LDN studies that have been completed charting the effects of the drug on HIV/AIDS. The studies have been published in the Journal of AIDS and HIV Research (a peer reviewed journal).

The studies involved providing patients with 3mg LDN as opposed to 4.5mg. Additionally, careful attention and special counseling was focused on improving preventive practices in local children and women.

The researchers in the first study found that LDN was both free of side effects and safe. It also appeared to be effective in enhancing the immune functions in HIV positive patients. In this study, those patients were involved that had HIV infections, but did not have low enough CD4 count to necessitate the administering of antiretroviral (ARV) drug therapy.

The study results were in contrast with the usual outcomes in other untreated similar groups that saw the percentage of their CD4 cells decline month on month. The researchers finally concluded that low dose naltrexone could offer a relatively safe, simple, and inexpensive treatment alternative to HIV positive patients.

The second study was a randomized clinical trial involving patients with markedly reduced levels of CD4. The study compared two groups of patients – that were given both LDN and ARV and the second were provided with ARV and a placebo.

The LDN+ARV group was seen to have a higher increase in their CD4 counts after 6 months. The study concluded that further exploration of low dose naltrexone was warranted as a part of HIV treatment.

Including Low Dose Naltrexone as Part of HIV Therapy

LDN can be helpful in patients suffering from cancer, HIV/AIDS and other autoimmune diseases. LDN in cancer and AIDS therapy is usually used in combination with other medications. LDN, when used as an AIDS drug, results in far fewer side effects as compared to standard ARV or AIDS cocktail.

Low dose naltrexone is provided in tiny doses, which results in fewer side effects. Naltrexone, as an anti-addiction drug does not create any dependence. This means that LDN can act as an effective treatment option for HIV/AIDS warriors. The medication has a lower risk of side effect and doesn’t create any vulnerability.