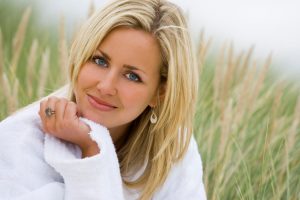 The drug naltrexone has been used for years as an approved treatment for opioid use disorders and alcohol use disorders. But recent research has shown that if this drug is taken in low doses, it could also aid the treatment of depression and improve symptoms in patients who suffered a relapse while taking antidepressants.

A recent double-blind, randomized research study found that low dose naltrexone (LDN) reduced the severity of depression in 12 depressed patients who had relapsed on dopamine-enhancing antidepressants. The results of the study have been published in the January 2017 issue of the Journal of Affective Disorders.

The study’s corresponding author, David Mischoulon of Massachusetts General Hospital, Harvard Medical School, said that their group focuses on researching a wide range of treatments for depression. They are particularly interested in the underlying biology of antidepressants and mechanisms which cause the development of depression.

According to Mischoulon, the recent study of low dose naltrexone (LDN) was based on a model proposed by Bear and Kessler, originally for restless leg syndrome for which it was patented. During treatment of patients with RLS, they observed anecdotally that LDN appeared to benefit depression as well.

Since one of the potential mechanisms of LDN is through dopamine, which is a neurotransmitter associated with mood regulation, Dr. Bear’s company became interested in funding a pilot study on this agent for people with depression who had relapsed on dopaminergic antidepressants. They discussed the idea of conducting this study and MGH, and that’s how it came about.

The key finding of the study, according to Mischoulon, is that if a patient has depression and suffered a relapse while taking a previously effective antidepressant that works primarily by dopaminergic mechanisms, addition of LDN could potentially reduce the effects of the depression when combined with the original antidepressant.

The challenge with the current study is that it involved a small patient sample. Therefore, it is important to replicate this research in a larger group of patients. The study included only antidepressants that work by dopaminergic mechanisms, but it is also important to determine how effectively it would work with other types of antidepressants, such as those that are primarily serotonergic (SSRIs) or noradrenergic (tricyclic antidepressants).

The low dose naltrexone (LDN) therapy may include a variety of doses that are defined as ‘low’. Therefore, it is also important to conduct a dose-finding study to determine the optimal low dose. Treatment providers who want to prescribe LDN for depressive relapse should note that this is considered an experimental therapy, and should inform their patients about the potential risks.

To obtain LDN, the patient should take their prescription to a compounding pharmacy where it can be prepared in the appropriate dosage form. The profound and reliable AIP receives patients from Long Beach, Torrance, Los Angeles, South Bay Orange County, Southern California areas, and from one ocean all the way across the American property to the other ocean for LDN therapy.