A person experiencing hair loss can use some of the safe, judicious, and effective compounding medications. Some of these hair tonics may be effective on women as well as men. However, others may only be effective on 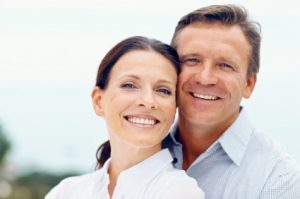 one of the genders.

However, this medication may take several months to show outcomes in women. This drug may be more effective in women who are post-menopausal and may be used with a hormone replacement pill.

A doctor can prescribe minoxidil for the treatment of androgenetic alopecia. While minoxidil was originally used to treat patients with high blood pressure, it is now used to treat hair loss in men as well as women. The patient needs to apply this medication directly to the site of hair loss at least 2 times daily for a minimum of 4 months.

The drug typically does not show results till 4 months to a year. If a patient discontinues minoxidil usage, they will most likely lose the hair that has grown as an outcome of using this drug. Minoxidil enlarges hair follicles promoting hair growth.

Finasteride is another prescription medication which is used to treat mild to moderate male pattern hair loss (only in males). Patients must take this pill every day for hair re-growth.

The medicine works by restricting high levels of a hormone known as dihydrotestosterone (DHT) surrounding the hair follicles. If there are significant amounts of DHT in the body, it causes hair follicle shrinkage and subsequent hair loss.

Cimetidine was originally used as a prescription medication to address stomach ulcers and heartburn. This drug is mainly a histamine-blocking agent. Additionally, it is anti-androgen and therefore works only for women. Cimetidine is used in the treatment of androgenetic alopecia in women.

Plant-based foods such as soybeans, peanuts, peanut products, bread, vegetables, and fruits contain beta-sitosterol. Additionally, bourbon and oils such as flaxseed, olive oil, and tuna also comprise beta-sitosterol. Initial research indicates that beta-sitosterol may be useful in the treatment of androgenetic alopecia.

But more research is required to establish if beta-sitosterol treatment is safe and effective in humans. Patients who are pregnant or breastfeeding should avoid using this medication.

Cedar hails from the western Himalayan mountains and Mediterranean regions. One clinical research study indicates that patients who were suffering from alopecia areata and received a massage with a combination of cedarwood oil, aromatic oils, and carrier oils, displayed significant improvement in symptoms.

Rosemary (Rosmarinus officinalis Linn) is a common evergreen aromatic shrub that grows in various regions of the world. Fresh and dried rosemary leaves are often used in traditional Mediterranean cuisine as a food preservative as well as a flavoring agent. Rosemary has also been used historically for stimulating hair growth.