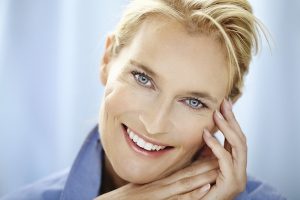 Over the last decade, hormone therapy has now become well understood and recognized due to medical literature, research and magazine articles, and even the media. Studies entailing the benefits of hormone therapy continue to grow, especially for estrogen therapy. Aside from alleviating symptoms associated with menopause such as hot flashes, vaginal dryness, difficulty sleeping and sweating, a few recent studies have found additional benefits that were not previously known. These may include preventing bone loss, elevating mood and even improving skin integrity, to name a few.

This month, a study led by the University of Southern California has shown that estrogen therapy could also protect memory for some women. The study’s lead author and researcher at the USC Leonard Davis School of Gerontology, Alexandra Ycaza Herrera, stated “our study suggests that estrogen treatment after menopause protects the memory that is need for short-term cognitive tasks from the effects of stress.” It is important to note that the study tested working-memory which is the short-term memory that we typically use to complete daily tasks.1 Working memory allows the brain to keep information immediately available for processing, such as recalling ingredients in a recipe or tasks to complete on a to-do list.

There have been several studies that have shed light on memory impairment due to stress. For example, in 2008 researchers at the University of California Irvine conducted a study showing a link between stress and memory impairment. They found that brain-cell communication in areas associated with learning and memory can be impaired by short-term stress lasting even a few hours.2

The study conducted by Herrera and the USC research team focused on women taking estrogen-only therapies and compared them to those taking placebo. The primary goal was to see if estrogen therapy had a significant effect on preserving working memory. The study consisted of 42 women with an average age of 66. Half of the postmenopausal women had been on estradiol for at least 5 years while the other half were on placebo.2

Researchers took saliva samples before and after each visit to accurately measure women’s levels of cortisol, estrogen, and progesterone. In order to test working memory, the researchers used a sentence span task. This test required women to read a series of sentences and see whether each sentence made sense as well as recall the last word of each sentence. Each participant visited the facility twice. During one visit, to induce a stress response, participants were asked to submerge their hands in cold water for roughly 3 minutes. During the other visit, participants were asked to submerge their hands in warm water. After the ice bath, women taking placebo experienced a spike in cortisol levels. Cortisol is used as a biochemical marker of stress believed to effect working memory.

From these results, we understand the positive effect estrogen can have on working memory. The study concluded that women who had undergone hormone replacement therapy had better working memory than women who did not.2 Furthermore; working memory is less affected by increased cortisol as a result of stress for women on hormone therapy. Understanding that estrogen therapy can help with working memory is not only good to know, it’s something not to forget,

American Integrative Pharmacy prides itself on creating customized preparations of estrogen therapy in cream, gel, troche and capsule dosage forms and has been doing so many years. By creating customized products from scratch, we are able to create estrogen strengths that are specifically tailored per patient and our products speak for themselves. We combine state-of-the-art machinery with years of specialized compounding experience to create products that lead to better results.