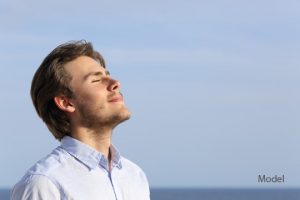 Curcumin has shown to have some promising benefits in the treatment of symptoms of depression.

Curcumin is an antioxidant that scavenges free radicals that cause inflammation, and they can reduce inflammation by reducing oxidative stress. Curcumin compounding pharmacy supplements could play a useful in combating depressive disorders.

How Curcumin May Help?

Depression is believed to be connected to a reduction in brain-derived neurotrophic factor (BNDF) levels and a shrinking hippocampus (a brain region linked to memory and learning).

Curcumin enhances the levels of BNDF potentially causing a reversal in some of these changes. There also exists evidence that curcumin can improve brain neurotransmitters dopamine and serotonin.

According to a 2017 research study, curcumin mitigated symptoms of depression. It is effective by itself as well as when combined with saffron.

Two different studies in 2014 also had the same findings. The Journal of Affective Disorders published one study while the other featured in Phytotherapy Research. These studies revealed that curcumin was equally effective when used by itself.

Curcumin use with Prescription Antidepressants

It is still unclear if curcumin use along with antidepressants is more effective than the use of curcumin by itself.

The Aug 2015 issue of the Journal of Clinical Psychopharmacology published a study based on a randomized, double-blind, placebo-controlled trial that took place at Tianjin Anding Hospital, China. This study sought to understand the effects of antidepressant supplementation with curcumin.

Results suggest that in comparison to placebo, six weeks of supplementing with curcumin majorly decreased the patient’s score on the Hamilton Depression Rating Scale and the Montgomery-Asberg Depression Rating Scale. It also led to a reduction in salivary cortisol and inflammatory cytokines while simultaneously enhancing brain-derived neurotrophic factor levels.

The authors elaborated that these findings point to the potential effectiveness of curcumin in the reversal of depression development and improving the results of antidepressant treatments for major depressive disorder.

Similarly, a 2014 research study concluded that six weeks of curcumin supplementation reduced HAM-D17 scores in MDD patients. However, in this randomized controlled trial treatment with fluoxetine, whether used alone or combined with curcumin, was no more effective than curcumin alone.

Researchers are trying to understand whether they can target the inflammatory system. This may translate into antidepressant properties for some individuals.

The findings of the researchers indicate that this approach may be particularly well-suited for atypical depression patients, which is a subgroup with, especially high inflammation levels. Curcumin can be pivotal in the reduction of inflammation.