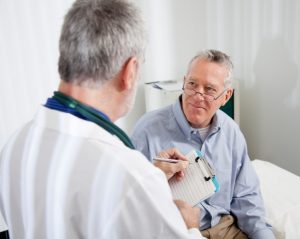 Curcumin is the active ingredient in the spice turmeric, and specially developed curcumin supplements can enhance memory and focus in most individuals, and help fight dementia. These compounding pharmacy supplements may also mitigate the risk of developing Alzheimer’s disease.

For a research study to determine the benefits of curcumin supplements, researchers at UCLA Longevity Center chose 40 healthy middle-aged and elderly individuals. Out of these people, 21 took curcumin supplement two times a day for 18 months. The remaining 19 took a placebo.

These individuals were tested for their short-term verbal and visual memory abilities at the start and end of the study. Furthermore, they also underwent brain scans for toxic amyloid plaques and tau tangles which are two indicative signs of Alzheimer’s disease.

Key Insights from the Study

The tests results at the end of 18 months indicated that participants taking curcumin showed majorly improved results on the memory tests.

In addition, they also reported an improvement in their mood. On the other hand, study participants taking the placebo showed little to no enhancements in memory. Furthermore, the curcumin group had lower levels of myloid and tau deposits in comparison to the placebo group.

In its natural form in the spice turmeric as well as in many other supplements, curcumin is poorly absorbed by the human body. Research indicates that there are five formulations that are absorbed well by the body.

In the UCLA study, researchers used one of these supplements called Theracurmin at a dose of 90 mg two times a day. The four other supplements are Curcumin C3 Complex, CurcuWIN, Meriva, and BCM-95. Patients should choose a good compounding pharmacy to obtain these supplements.

Curcumin supplements also act as blood thinners. Therefore, they should not be taken by individuals using blood-thinning medications. You should consult a doctor who is knowledgeable about this supplement to understand whether it is safe for you and what the appropriate dose might be.

People taking curcumin supplements may experience additional benefits. It is a strong anti-inflammatory and antioxidant that can relieve pain due to arthritis, ease exercise-related muscle soreness, and relieve symptoms of allergies.

Turmerone is a chemical in turmeric that has been studied in the laboratory. Animal studies show that tumerone encourages stem cells to produce new brain cells. This could, in theory, help with neurodegenerative diseases such as Alzheimer’s.

But these experiments are still in initial stages, and researchers do not understand yet if tumerone would have the same impact on human stem cells. Furthermore, we do not know yet whether enhanced brain cell production would be helpful for people with dementia.

The United States Food and Drug Administration (FDA) presently lists turmeric as “generally recognized as safe” (GRAS) as a flavoring and coloring agent. But curcumin by itself is not listed. It has been given a temporarily acceptable intake level of 0.1 mg/kg of body weight per day contingent to further research.

It is used extensively in food without any known poor effects. This also supports its safety. In addition, favorable outcomes have been seen in many short-term studies that focus on the safety and tolerability of high doses of curcumin.