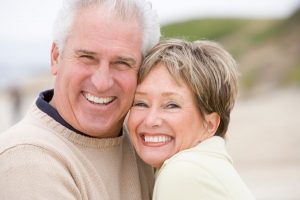 A majority of turmeric studies are done on turmeric extracts that contain primarily curcumin at dosages typically in excess of one gram daily.

Achieving these levels with just turmeric spice in food is difficult. In order to experience its complete effects, you could take a compounding pharmacy supplement with sufficient quantities of curcumin. As curcumin is fat soluble, it can also be taken with fatty foods.

Curcumin can have significant benefits for longevity if it can actually prevent Alzheimer’s, heart disease, and cancer. Curcumin has become a sought-after anti-aging supplement for this reason. However, curcumin has an impact beyond disease prevention as oxidation and inflammation are believed to have an effect on aging.

Studies indicate that turmeric helps in the reversal of various aging-related chronic conditions such as Alzheimer’s, diabetes, and even cancer. It protects the telomeres which are like tiny fuses at the end of the chromosomes. The prevent DNA stands from coming undone.

The division of cells in the body causes these fuses the burn down. The cells stop dividing when the telomeres become too short. Damaged cells are no longer replaced by new cells, and a person starts developing the age-related diseases and symptoms.

Curcumin and Lengthening of Telomeres

Recent research indicates that curcumin (the yellow pigment in turmeric) prevents telomeres from shortening. In fact, it may actually assist telomeres in growing longer.

Effectively, curcumin activates the enzyme telomerase which helps lengthen and preserve telomeres. This slows down the process of aging and prevents many aging-related conditions.

Curcumin can differentiate between a cancer cell and a healthy cell. A new Singapore study concluded that curcumin works differently in cancer cells inhibiting telomerase activity and causing telomere shortening in these cells.

Curcumin regulates telomerase and turns on telomerase in normal cells while turning it off in cancerous cells.

On the ORAC scale, curcumin is one of the compounds with the highest levels of antioxidants. ORAC (Oxygen Radical Absorbance Capacity) is a scale that quantifies the amount and activity of antioxidants in foods.

Antioxidants offer protection to the skin from UV radiation which is a key contributor to the development of visible aging signs. However, curcumin’s anti-aging abilities extend far beyond just antioxidants.

Studies prove that curcumin inhibits elastase which is a key enzyme impacting the ability of elastin to generate. In addition to collagen, elastin is a vital protein required for smooth and youthful skin. It also enables skin to regain its original position upon being pinched.