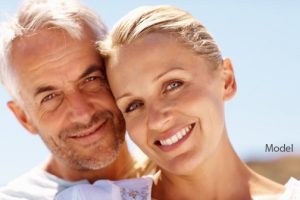 A new study has shown that antibiotic minocycline can delay onset and slow progression of symptoms in a mouse model for ALS disease. The study also reveals that the drug may work by blocking release of a molecule that triggers cell death. The promising findings of this study may help to create new ways to treat ALS and other neurodegenerative disorders.

ALS, which is commonly known as Lou Gehrig’s disease, is a progressive and fatal neurological illness that attacks the nerve cells responsible for controlling movement. Over 5,000 patients in the US are diagnosed with ALS every year, and most of them die within three to five years of the beginning of symptoms.

Earlier studies have demonstrated that minocycline protects neurons against death in animal models for a range of disorders, such as Huntington’s disease, Parkinson’s disease, stroke, and traumatic brain injury. The drug is currently being tested in human clinical trials of Huntington’s disease. But until now the researchers were unaware of the mechanism of cell death prevention with minocycline.

The new study reveals that minocycline prevents release of a mitochondrial protein called cytochrome c into the body of the cell. Release of this protein activates an enzyme that cause cells to commit suicide and is a common feature of many neurological disorders. The National Institute of Neurological Disorders and Stroke (NINDS) partly funded the study, and it was published in Nature magazine in 2002.

Details of the Study

Researchers led by Robert M. Friedlander, M.D., of Brigham and Women’s Hospital in Boston, injected minocycline into mice with mutations in the gene for an enzyme called superoxide dismutase-1 (SOD1). Another mice group was administered with saline injections.

The researchers discovered that the onset of movement problems was delayed due to minocycline in the mouse model by an average of several weeks. The longevity of the minocycline treated mice proved to be better than that of saline injected mice.

Riluzole is currently the only drug currently approved by the FDA for the treatment of ALS. However, the new study shows that minocycline works in an entirely different way than riluzole. Therefore, a combination of minocycline and riluzole may prove to be more effective than either drug alone. Researchers now plan to test combinations of minocycline with other drugs to see if it leads to a safe and powerful therapy for ALS.

The researchers plan to test combinations of minocycline and other drugs in animals to see if they can identify a drug combination, or “cocktail,” that would be a safe, powerful therapy for ALS. AIP offers unique solutions, including online prescription drugs, to patients in Long Beach , Torrance, Los Angeles, South Bay Orange County, Southern California areas and nationwide.