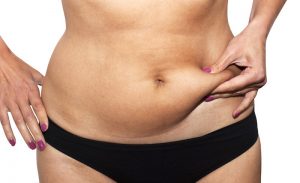 Scientists conjecture that one component of the obesity epidemic is that the brains of overweight individuals react differently to images of scrumptious, calorically dense foods.

The brains of obese people seem to light up at the sight of pizza, donuts, and calorie bombs, even if they are not hungry.

Some studies indicate that this increased activity might predispose individuals to overeat. Almost 40 percent of US adults are obese today, and obesity is predicted to be the primary cause of cancer among Americans, replacing smoking within five to ten years. There is still no clarity on which comes first – the obesity or the overactive brain function.

According to Elizabeth Lawson, an associate professor of medicine at Harvard Medical School and a neuroendocrinologist at Massachusetts General Hospital, part of the cause for the obesity epidemic is that people eat even when they are not hungry.

An unexpected source may be a remedy for this over-activation in the brain: oxytocin, the hormone that is usually associated with love and social relationships. At times, oxytocin is known as the “cuddle hormone” as it is released during childbirth, breastfeeding, and sex.

Individuals who are in the initial stages of falling in love have higher levels of oxytocin than normal. The drug ecstasy increases concentrations of oxytocin in the blood as well.

Oxytocin has various other surprising functions. Pitocin, a form of the chemical, induces labor. Another form of oxytocin might help in the treatment of stomach pain. Early studies indicate that oxytocin might enhance social skills among autistic children. Lawson and other researchers are now analyzing whether oxytocin might also be able to prevent overeating.

Recently, Lawson and her colleagues showed pictures of calorie-dense foods to ten overweight and obese males. She found that areas of the brain that are involved in eating for pleasure lit up when the men saw the pictures. In comparison to a placebo, a dose of oxytocin reduced the activity in those areas, and also weakened the activity between them.

However, oxytocin did not have that effect when the men saw pictures of low-calorie foods or household items. This research, which has not yet been published in a peer-reviewed journal, was presented by Lawson’s colleagues at the annual meeting of the Endocrine Society.

Speeding up the Satiation Process

Pawel Olszewski, an associate professor of physiology at the University of Waikato, in New Zealand, states that one of the main ways oxytocin works in restricting the amount of food that we consume is that it speeds up the process of satiety, or reaching fullness.

Pawel was not involved with Lawson’s study and further elaborates that oxytocin works through regions of the brain that are associated with the pleasure of eating. The chemical reduces our eating for pleasure.”

This is only one of the ways oxytocin shows promise as a treatment for obesity. Years ago, Lawson and her colleagues found that oxytocin enhances insulin sensitivity and prompts the body to use fat as fuel.