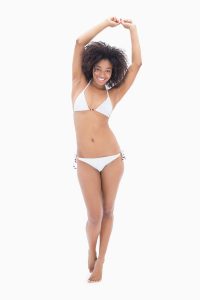 The hypothalamus produces a neurotransmitter and a hormone known as oxytocin. It is then transported to and secreted by the pituitary gland, which is located at the base of the brain.

It has a vital role in the reproductive functions of females, from sexual activity to childbirth and nursing. This release is triggered by the stimulation of the nipples.

When a woman is in labor, oxytocin enhances uterine motility, which causes contractions in the muscles of the womb, or uterus. Oxytocin is released as the cervix and vagina begin to widen for labor.

According to a 2012 study, people in the initial stages of romantic attachment had higher oxytocin levels in comparison to non-attached single individuals. These levels lasted for a minimum of six months.

Sexual activity also stimulates oxytocin release, and it seems to have a role in erection and orgasm. While the reason for this is not entirely known, in women, it may be that enhanced uterine mobility may assist sperm in reaching their destination. Some believe that there is a correlation between oxytocin concentration and the intensity of orgasm.

Oxytocin appears to influence social interactions as well as relationships between individuals. Upon entering the blood supply, it impacts the uterus and lactation. However, when it is released into specific areas of the brain, it can affect cognitive, emotional, and social behaviors.

According to one review of research into oxytocin, the impact of the hormone on “pro-social behaviors” and emotional responses is a contributing factor to trust, relaxation, and psychological stability.

Brain oxytocin also seems to reduce stress responses, such as anxiety. These effects have been observed in various species. The hormone has been referred to as a vital element of a complex neurochemical system that enables the body to adapt to highly emotive circumstances.

Researchers have been able to observe the effect of oxytocin on behavior by delivering it through a nasal spray.

Research published in 2011 in Psychopharmacology found that intranasal oxytocin enhanced self-perception in social settings and increased qualities such as trust, warmth, openness, and altruism in an individual.

A 2013 study published in PNAS indicated that oxytocin might help men to remain faithful to their partners by activating the brain’s reward centers.

In a study published in the journal Emotion in 2014, researchers suggested that individuals saw facial expressions of emotions in others more acutely after receiving oxytocin through a nasal spray.

Oxytocin has been proposed as a possible treatment of autism, social phobia, as well as postpartum depression.

Scientists have indicated that it might help enhance individual and interpersonal wellbeing and that it may be useful for people with certain neuropsychiatric conditions.

They believe that it could be helpful for individuals who are avoidant of social interactions as well as those who experience persistent fear and an inability to be trusting towards others.

Oxytocin may also be useful in anger management. Research indicates that some polymorphisms of the oxytocin receptor (OXTR) gene are linked to an enhanced tendency to react angrily to situations.